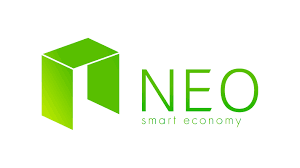 NEO is one of the most promising cryptocurrencies of this year.

What draws traders toward NEO appears to be its keenness to improve on the operations first started on the Ethereum platform.

You might say that NEO is to Ethereum what Litecoin is to Bitcoin. But before we arrive at that conclusion, let us find out a little more about NEO.

Big news February 26th: eToro has just added NEO to their trading platform. The price of NEO is already up 15% for today: Read the eToro Review

The first thing to know about NEO is that it is a Chinese-based currency and was actually founded under a different name. Its blockchain entered Github in 2015, becoming China’s first ever public open source blockchain. It would arrive in the west the next year as Antshares.

As of today, NEO is still seen as China’s response to Ethereum. Both are users of smart contracts. However, NEO utilizes its innovative blockchain as a step from what the Ethereum network can offer right now. NEO is marketed as a sort of disseminated network for a smart economy. That involves digital assets, digital identification, and of course, smart contracts.

The NEO network rests on two tokens – NEO and neoGAS. The tokens have all been pre-mined and have a hard cap of 100 million. Their uses are for creating blocks, managing the network, and meeting consensus requirements. Meanwhile, the GAS token serves as fuel and a kind of security for the blockchain.

How to invest in NEO

As it turns out, purchasing NEO is not the most straightforward thing in the world. You would have to buy Bitcoin first before trading it for NEO. The issue with this method is that it takes up a considerable amount of time and also carries some risks, some of which are less apparent than others.

In order to trade successfully with NEO, you are going to have to step-up your security beforehand. Precautions, like enabling two-factor authentication, use of a power manager, and updating yourself with the most recent threats to cybersecurity are all very useful and necessary.

It will not be just hackers that you will be up against, but also corrupt or incompetent owners that may cause your investment to backfire. If you desire an example, look no further than the hacking incident involving the MtGox users in 2013, where a reported $500 million in Bitcoin was stolen during the attack.

Unfortunately, we are yet to see an end to these kinds of attacks even at present. Earlier this year, Bitfinex sustained a similar attack and lost a reported $72 million right out of user wallets. So naturally, anyone interested in purchasing NEO would prefer a safer method. Fortunately, there is! Thank goodness for brokers.

If you want to alleviate the risks involved with relying on an exchange, you could consider CFD trading with a licensed and regulated broker. Now, it is just a matter of choosing the right broker to trade with. The first step involves verifying whether your broker is regulated, and adheres to a rigid code of conduct that makes it a lot safer to trade with than with an unregulated broker.

Now that we are exploring regulated brokers, the decision-making starts to close in on the finer details of trading and that requires some pretty comprehensive reviewing. However, we have done just that, so that you don’t have to, and according to our research, the best broker you can trade with right now in order to acquire NEO is eToro and Neo CFD trading on Plus500.

Plus500 Disclaimer: 79% of retail investor accounts lose money when trading CFDs with this provider. You should consider whether you can afford to take the high risk of losing your money.

Why Plus500? For starters, it submits to a great deal of regulation on an international level. That means that even in the unlikely event you encounter any problems with your broker, you could take them up with a regulator and resolve it.

Plus500 harbors among the most thorough toolkits for risk management you could find anywhere. There are also additional tools that are not available with other brokers.  The most useful of all is the trailing stop, which enables your stop position to rise with the market at your consent. As a result, you stand to increase your profit without the need to adjust your stop position manually. Even if the market heads downhill, you will remain safe. That is good news for your NEO and CFD trades.

Another reason why you should consider Plus500 is that it is one of those brokers that goes the extra mile to make its platform accessible to traders all over the world. The platform itself is user-friendly and is accessible in up to 31 languages. It has also been localized in up to 50 countries.

What’s more, the mobile app is exceedingly good as well, operating much the same way as it would on your desktop. This is allowing you to execute trades while on the move. While there may be other brokers to try out for those traders with specific trading needs, Plus500 takes the majority vote as the ideal broker for dealing in NEO CFD trades.

Cryptocurrencies have remained an intense subject ever since bitcoin, the first of its kind, arrived in the online trading scene back in 2009. Now, less than a decade later, there are hundreds of other cryptocurrencies that seek to rival it for the top spot. Many of the top players tend to emphasize on the unique features they contain that are not shared by bitcoin or any other cryptocurrency.

In the end, it is always important to know that NEO, like any cryptocurrency, is a highly volatile commodity. Even if you have chosen to buy it as a CFD, using a regulated broker, your capital is always at risk. If the market heads in the opposite direction of your interests, you could end up losing some or the entirety of your initial capital.

Trading NEO is ultimately like trading any other commodity, and as such, you should always take care never to trade more than you could afford to lose.