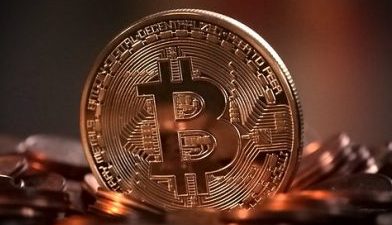 Some say it is the future of digital transactions. Some just got scared of it, considering it as Water Bubble. Others named it “Magic Internet Of Money.”

What is exactly cryptocurrency? Why it’s taking the world by storm?

One out of five people knows cryptocurrency come up a side product of another invention. Developers of Bitcoin claimed that they came up with this cryptocurrency as Satoshi Nakamoto.

Cryptocurrency is medium of exchange currency in digitally, here virtual currency completely control under government or any central authority, but cryptocurrency entirely there own thing which means we no need to go the bank to translation or process.

Satoshi tried to build a digital cash system without a central entity. Like a  Peer-to-Peer network for file sharing. A blockchain is a public ledger of all transactions that ever occurred in Bitcoin peer to peer network. It’s completely decentralized with no server or central authority.

Then what is Bitcoin?

Bitcoin is first centralized digital currency, which has become incredibly famous among the rich and famous as well as those involved in the finance industry today.

How does Bitcoin work?

In nutshell bitcoins designed as a virtual coin, transactions made self-contained

In nature. Which means we need not go banks for monetary transactions.

Once you have bitcoins in your pocket, they act the role as some gold nuggets in your pocket. With bitcoins, you can do all kind of transactions to buy anything over online, or you can store them for future, which may eventually increase its value over the years. Bitcoin transactions made one personal wallet to other ones.

Here wallet means you can use the wallet as a small database which we can store in a personal computer drive, or your mobile phone, tablet or somewhere in the cloud.

The basics for a new user

If you are a new user, you can use bitcoin without knowing the technical details of bitcoin. Once you have registered a Bitcoin wallet on our mobile phone or computer. It will automatically create your bitcoin address after that you can also create multiple addresses whenever we need one.

Here we can share your addresses with your partners or friends. So that they can pay you or vice versa.

Actually virtual currency ( Bitcoin) works similar to how email works, except we can use bitcoin address must be used once only.

Features that will help your business grow:

Today’s competitive world, everyone wishes to transfer their monetary transaction faster and quicker. But bank to bank transactions between nations is. It takes up to 5 business days to complete.

Small businesses and startups that cherish KPIs more than anything cannot wait that long. To overcome this delay in transactions, Cryptocurrency features were adopted by many innovative business groups.

When transaction made through cryptocurrency, all activated transactions are stored in a public ledger. All transactions are encrypted to ensure the authority of record keeping. Because the currency is no central authority, you own it. Either government nor bank has any control over it.

While it is true that the elimination of a third party involved in the settlement, the money that the participants had to shell out for them would no longer be required. But at the same time, there would be a need to pay the fees of an online platform which would make bitcoin transactions work together. Albeit with much lesser prices than charged by intermediaries.

Did you know that today one in 3 Kenyans, can own a bitcoin wallet? Such individuals who can have access to smartphones and the internet, but do not have as much access to traditional cash, would be able to be involved in cryptocurrency.

Being a digital currency, cryptocurrency doesn’t need to keep concerning any exchange rates, transaction charges or anything like that of other countries. This gives it a great appeal to make use of it on a universal level.

Cryptocurrency has any value because of Blockchain. Secured transactions with ease made cryptocurrency lead the market. All you need is a smart device, an internet connection, and instantly you become your bank making payments and money transfers.

The globalization process has removed the cross-border barriers for businesses. One can quickly sell or purchase anything from any part of the word. When it comes to payment process it is challenging, expensive, and time-consuming process with the traditional financial system. But cryptocurrency simplified this process. Using bitcoin one can transfer the payment within no time and at leas cost. Bitcoin encourages international trade through its hassle free and secure pattern.

So, thus although at its nascent stage, cryptocurrency sure shows many great opportunities and benefits for the future. From experts point of view, the features of cryptocurrency are not limited. As the research and developments are in progress, we can anticipate cryptocurrency provide us new features to grow business.