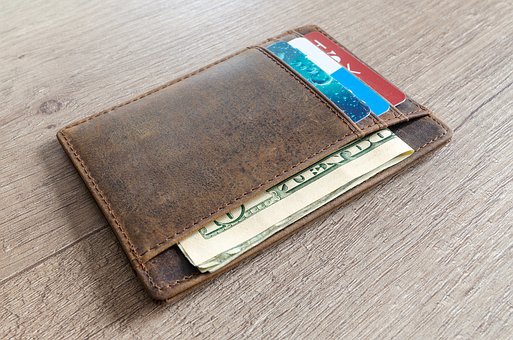 So you’ve decided that it’s time to open your first bitcoin wallet? Good choice. Cryptocurrency is the future and you’re an early investor at this point.

Without the numerous Bitcoin wallets that offer varying levels of security, convenience and opportunities to holders, Bitcoin and indeed cryptocurrency in general, would not be as big as it is.

On a basic level, Bitcoin is a currency like any other, with the only difference being that it’s digital and decentralized, unlike ordinary currencies.

Nonetheless, Bitcoin, which raked in revenues of more than $2 billion in 2016, needs to be stored just like other currencies to ensure safety and ease of transactions primarily. However do you know how to open a bitcoin wallet?

We believe that you found your way here not to read about the importance of Bitcoin wallets, but their intricacies. If you are in e-commerce or just an enthusiastic developer looking to create your own Bitcoin wallet, here are three things you need to know before anything.

Before going any further, we have to make it clear that a Bitcoin Wallet is not the same thing as a Bitcoin Exchange even if the two may be used together.

Basically, a Bitcoin Exchange is an app or website that allows Bitcoin holders to exchange their crypto for fiat or paper currency.

On the other hand, a Bitcoin wallet is a software that helps you “store” your crypto and make Bitcoin transactions.

Well, technically Bitcoin can’t be stored as it’s not tangible so in this case, wallets store both the public and private keys that you use to send and receive BTC and help you connect to the Blockchain when you need to make a transaction.

That said, the point here is that when setting out to create one, you need to be aware that all wallets are not made equal – just like you have real leather and faux leather wallets for paper money. There are five different types of wallets that you can create, namely:

Each of the above wallets requires its own level of security and functionality features and as a developer, knowing the differences between them is an excellent first step.

Whether you are building a wallet for commercial purposes or your personal use, security is one thing you don’t want to compromise.

It is what people look at when choosing wallets to use, and in the absence of a regulatory authority, your wallet needs to be very secure to even be among the options.

As mentioned above, you need to have a safe, secure and convenient way to store private keys whether online or in cold storage.

Standard practice to this effect is Two-Factor Authentication (2FA) which requires the user to use both their wallet password and a One Time Password (OTP) which can be sent through email, SMS or Google Authenticator.

Another way to secure user funds is by backing up their wallet data, including private keys (in encrypted format) in a secure server. This makes for easy recovery in case of primary server crash on your part and human error on the user’s part. You can also encrypt user data in such a way that only them, through their private keys can access wallet data. Depending on the encryption software you use, every user gets a password to use when sending Bitcoin from their wallet.

If any unauthorized person gains access to their wallet, they won’t be able to transfer or use any funds inside unless they somehow get access to the secret passcode. Again, security is the key to success of your wallet. If you get it right, everything will be alright, and the reverse is unfortunately also true.

Note that we are not talking about the obvious sleepless nights when trying to find a secure API or Source Code to use. We merely mean that building a Bitcoin wallet will cost you money, real and big money.

Therefore, you need to be fully prepared not only mentally but also financially as well. To put it into context, the average cost of creating an ordinary mobile app for just one OS is around $10-$15k depending on graphics and specifications.

When it comes to Bitcoin wallets, you may want yours to be compatible with several platforms, especially if you are in business.

Add the cost of paying a decent app/software development agency for an additional 200 hours or so to create a multi-platform wallet to the common expenses such as front-end development, web integration, secure hosting and SSL encryption for your web site and the costs can easily run up to $100,000 plus.

Nonetheless, the cost of creating your wallet will depend on the projected user numbers, features included and what type of wallet it is relative to the 5 categories mentioned in point 1 above.

The development team you hire for the job may also be cheaper or expensive depending on their skill and experience levels and your specifications. Ultimately, the costs are still manageable but still run up to a tens of thousands of dollars.

Thus, it makes more sense to develop a custom Bitcoin wallet for business use as opposed to one for personal fun but hey, it’s all in your hands.

While it may make sense to you in the heat of the moment, we strongly advise against going for dirt-cheap developers and features as it may negatively impact the security and consequently, the reliability of your wallet. Go for quality instead.

We may not have covered everything about Bitcoin wallets in this article, but we believe that we have comprehensively touched on the three most important things to know before creating a wallet. It may be time-consuming and expensive, but that’s nothing to hold you back if you are committed to the course.

Drop a comment below if you liked the post or a question if you need something explained in detail.