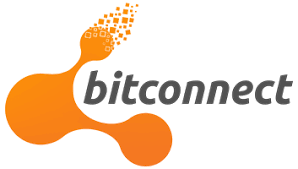 Update Jan 17, 2018 – As most of the community has predicted BitConnect has just closed today. Their coin dropped 92% in one day.

There is a significant ongoing debate in the cryptocurrency trading community concerning BitConnect. Is it a scam or not?

There is no question thatBitConnect has turned out to be one of the most controversial cryptocurrencies in existence courtesy of its unique methods of doing business as well as how it attracts new users.

Back in May of this year, BitConnect’s market cap was reported to be well under $50 million. But right now, it has inflated at a simply staggering rate to be in excess of $1.5 billion. As a result, it also holds aninth place in the overall market cap rankings.

The official description of BitConnect is a peer-to-peer, open source, decentralized cryptocurrency that is community-driven and enables traders to invest and conserve their wealth in a currency that is independent of government mechanisms.

Plus, they also have the opportunity of earning significant interest on their investments.

One of the fundamental elements of the BitConnectcryptocurrency is the BitConnect Lending Program. Users of BitConnect are free to exchange BTC for BCC and then lend it for a certain time period. In that time, the initial BTC that was lent may not be withdrawn, even with penalties.

Also in the meantime, that BTC gains interest, which averages out at a reported 1% each day.

Users of BitConnect have the option of withdrawing their interest daily or reinvesting it into the Lending Program to gain bigger profits.

This helps accelerate the so-called ‘Capital Back’. It is also the main reason why many in the cryptocurrency industry suspect BitConnect of being a scam.

Now let us examine some of the more prevalent scam claims that have been made about BitConnect.

#1. It is logistically impossible for any financial investment to guarantee an average profit of 1% everyday so BitConnect may well be a Ponzi Scheme

This claim is not strictly accurate. BitConnect does not outright guarantee the 1% profit per day. On the contrary, they have suggested that there could be several days when the interest gained is 0%. BitConnect does rely on a volatility software that maps out the daily rate of interest over a period of weeks, months, and even years.

However, the volatility chart does suggest that the average interest per day is 1% even counting those days when BitConnect claims that it is 0%. Hence, that is a bit of a dicey statistic.

The main reason for that is compounding interest which is also why traders get a return on their initial investment so promptly.

BitConnect saysthey have a trading bot that executes several trades with BTC and earns a profit from these. However, they have not presented any information about said bot or its designated code.

To sum up this claim, one of the main concerns that have been brought out here is that users do not get to withdraw the BTC which they themselves have staked. However, BitConnect does allow users to make withdrawals from their daily interest.

Thanks to the effects of compounding interest, users can withdraw the BTC equivalent of their initial investment in around 6 to 10 months.

Meanwhile, the trading bot claim could explain how BitConnect maintains its alleged average interest per day. But with no concrete evidence being offered to show that this trading bot is real, believing it is a bit of a long shot, which brings us to the second claim.

#2. The source code of the alleged trading bot has not been revealed to the public, therefore, the trading bot is a fake

This does appear to be a strong argument at face value. But it can be understood that such a code could be worth billions and the incentive to profit off of that would be greater than the incentive to gain the trust of the public.

BitConnect may well contain such a source code. Are they just not interested in revealing it?

#3. Why can you only purchase BCC on BitConnect’s own exchange? They could be rigging the coin value

As it turns out, BitConnect is not the only exchange where you can trade BCC. There are other options like Novaexchange and Livecoin. Among the exchanges that have expressed hesitation to open themselves to BCC trading is Bittrex, and in the eyes of many, they have made the right call.

BitConnect’s coin value is on the rise simply because of the increasing number of participants in its Lending Program. Also, BCC is useful for little else apart from lending, so it follows that most of the coins are traded through BitConnect’s exchange.

#4. BitConnect attracts new customers with the help of its affiliate program which is effectively a pyramid scheme

First of all, you may be unfamiliar with what a pyramid scheme is. It is a program where the profit gained with the addition of new members is more whencompared to the profit gained by selling a product or service. In the case of BitConnect, the daily earnings of members appear to be coming from the Lending Program rather than the affiliate program.

#5. The founders of BitConnect remain anonymous to make it easier for them to defy the law in the event of their cryptocurrency collapsing

This is possibly the most sensational claim of them all. After all, Bitcoin is the number one cryptocurrency in the world and has been since it was started back in 2009. Yet, no one has uncovered the true identity of ‘Satoshi Nakamoto.’ That said,however, every other cryptocurrency has made no secret who its founders are and there could well be some shady activity underlying the case with BitConnect.

It is not clear outright whether BitConnect is a scam, but there is enough smoke surrounding it to point many traders and experts in the opposite direction. If you are a trader playing it safe, you will probably hold onto your funds until a concrete verdict has been reached.