A 17 year old actress, a stay at home Mom, and a young female graduate, what do these women have in common? If your first thought was that they are all scared of the stock market, guess again. Long dominated by the most machismo and, at least according to one recent study even sociopathic males, a wave of women have recently decided that they too are capable of making day trading a viable career.

Our data indicates a recent surge of interest from women exploring the possibility of day trading, at least as a hobby. According to HowWeTrade usage data, 34% of new trader inquiries are now made by women! This is in stark contrast to historical data, which suggests that women strongly shy away from the trading world. According to Reuters, as of 2012, women at most represented a mere 5% of professional traders. 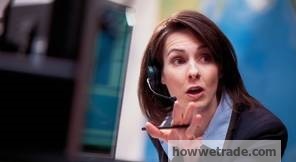 While this is hardly social parity, it is at least a big step in the right direction, especially for a profession that has long propagated predictions of impending failure for any woman who has thoughts of joining the exclusive ranks of male traders. What we are seeing is an influx of women from varying ages and backgrounds, and we view it as a definite positive for the industry.

Often citing what was proclaimed to be a landmark study by the University of Cambridge which correlated profits of high-frequency London traders to their finger-digit length ratio and testosterone levels (which are partly influenced by gender), some claimed to have scientific proof that women simply were not biologically cut out to be successful traders.

Given the pervading perceptions, many may be surprised to learn that women are not only making up a growing percentage of day traders, but that they are also doing quite well at it.

For proof look no further than Rachael Fox, a 17 year old actress/day trader that has been featured on a number of interviews on CNBC and other popular networks. Somehow between appearing in movies with Daniel Craig and acting on Desperate Housewives, she manages to run foxonstocks, a popular website dedicated to introducing people to day trading. Rachael also claims to have personally returned 30.4% through her own trading in 2012, a figure well above the average market return for the same time period.

Rachael is not alone though, and there might be a very good reason why. In 2001 Brad M. Barber of the University of California, Davis, and Terrance Odean, currently at the University of California, Berkeley, released a study entitled “Boys Will Be Boys: Gender, Overconfidence, and Common Stock Investment” that showed based on empirical data from a large discount brokerage that men on average reduced stock gains by nearly 1% more than women did by trading too often. The reason cited: men are likely to be over-confident and act outside the scope of their competence, while women are more prone to study and understand a situation before making a judicious decision, or otherwise refrain from acting outside of their abilities. 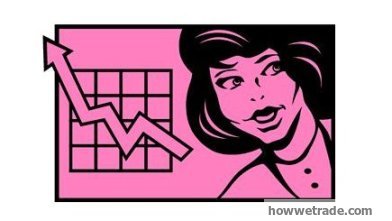 Another recent study by Vanguard found that in the financial crisis of 2008 men were 10% more likely to exit their positions while stocks were at lows than women. Generally experts recommend buying when stock prices are depressed since selling at lows usually reduces long term returns.

Why has it taken women so long to realize that they are at least as capable as men at trading? There are no clear answers. Guesses range from an aversion from women to risky behaviors like trading in general, to societal and group norms discouraging women from entering the profession.

Whatever the reasons, women are at last getting some long overdue support. Programs like the University of Tennessee’s Finance for the Future Initiative, which focuses on trading from the female perspective, are shifting beliefs about what female traders can accomplish. Finally women seem to be deciding that they too are capable of becoming traders and at How We Trade, we think that’s a good thing.

One thought on “Women Day Traders are on the Rise”